While the Jaybird X4 wireless earbuds are superior, the Tarah’s are equally hard to beat. Most features that make the X4 unique are available for a lower price on the Tarah. It’s hard to suggest the X4 above the Tarah unless the tiny distinctions between the two are deal-breakers for you.

Jaybird has dominated the Bluetooth earphones industry since the category was first introduced. We were thrilled with the Jaybird X4 buds when they originally debuted. Then Jaybird came out with the Tarah earphones, which had many of the same features as the X4 at a lower price point. Let’s find out if the Tarah lives up to expectations in this review.

Why you may likely consider the Jaybird Tarah

Design and features of the Jaybird Tarah

Color options for Jaybird Tarah earbuds are whitE, black, and dark blue all with varying tip colors. When you remove the earphones from your pocket, you won't have to untangle the flat wire that connects them. A  "speed cinch," - the cable's flat design slides out when pushed through the little clip on the headset's neck strap when the clasp is dragged strongly.

Simple in design yet well-made, the Tarahs have a rubber shell that doesn't feel cheap. Compared to the more expensive models, the Tarahs don't have magnets within the earbuds, so you can't comfortably clip them around your neck. However, its a convenient feature, but it's unnecessary if you only wear them for a short period and don't plan to wear them all day long.

The Tarahs stand out from other Jaybird models due to their boxier design. The bigger wing tips on these earbuds help them stay in your ears while in use. They're comfy and won't fall out when you're running, but they're noticeable.

The Tarahs have the same IPX7 water resistance certification as the X4 earphones, which means they can withstand a 30-minute submersion in water up to a depth of one meter. This is fine for a brief pool splash but not ideal for an hour of swimming length.

Simple to use, they may endure many days of training on one charge. –Jaybird Tarah's A 10-minute charge gives you approximately 1hr 30 mins of listening time on the X4s and rapid charging.

The Performance of the Jaybird Tarah

When it comes to audio, there isn't anything to complain about. With the same audio characteristics as the X4s, the Tarah earbuds only vary in that they have a 6hr battery life instead of 8hrs for the Tarah Pros.

Regarding audio quality, the Tarah has a clean and sharp sound that works equally well for podcasts. You may find them lacking in bass, but Jaybird's App allows you to raise the bass if that's what you're looking for in music.

If you want to boost the bass, midrange, or treble of music, there is an App for you. It has a variety of settings that you can choose from. It's also possible to design your custom settings and share them with others.

Connection Stability of the Jaybird Tarah

These seem to be exactly as nice as the X4, in my opinion. When I restarted the headphones, I was able to fix a problem I've encountered with playing just once in the short days I've had them. Another thing these two Jaybird devices have in common is their ability to connect.

The X4's playback controls and the X4's playback controls function well. Holding down the plus and minus buttons allows you to skip between songs in addition to controlling volume. Toggling between pause and play, answering or rejecting phone calls, and activating Siri or Google Assistant is done by pressing the center down button. Jaybird's app is also the same on all of their devices. It's possible to adjust the EQ settings and locate your headphones if they get lost.

The battery life of Jaybird Tarah

In terms of design, the Tarah vs. Jaybird X4 buds is vastly different. Tarah has six hours of continuous playing compared to X4's eight hours of constant playback. This may not seem significant for the average person who isn't working out for more than six hours a day, but after a few days, you'll notice the change. The rapid charging capabilities on both pairs are worth highlighting, so you can get in a brief exercise even if you've run out of time.

If you work out for an hour or more each time, you'll need to recharge the X4 more often than the X4. Another minor annoyance, but one that should be mentioned, nevertheless. It's even more important since it's the most noticeable difference between the two headphones.

Advice: Should you purchase the Jaybird Tarah?

While exercising, Jaybird seems to understand that its target market does not want to spend upwards of $100 on a set of gym earphones. There is no longer any incentive to buy the X4s above Tarah's because of the IPX7 rating, which I had previously highlighted in the review of the X4 as the best pair. The Tarah earbuds have the same IPX7 certification, controls, and sound quality, but they're a little more expensive.

Battery life is the largest change, although I'd say it's worth the savings of $30 to get six hours instead of eight. Tarahs are still a popular choice for those willing to fork out a little more money, but Jaybird X4s also have their attraction. You get the same quality and features for a fraction of the price. Compared to the Jaybird X4, the Tarah's are still a better bargain at their price point.

Jaybird's Jaybird Vista true wireless earbuds are the company's third set of wire-free earbuds since the X4 and Tarah were introduced. They have an IPX7 rating (for the earphones only; the casing isn't waterproof), a robust connection, auto-connect, and a long battery life of around 5.5 hours. They are not without faults. Not only are they expensive, but they also don't have the best sound quality. Jaybird's wireless earbuds are more expensive than Apple's original AirPods, so plan accordingly. There are plenty of additional options on our best exercise earphones list if you can't decide which ones to bring to the gym.

Consider the Jabra Elite Active 75t as an alternative if you want something you can wear around the house and to the gym. These Bluetooth 5.0 true wireless earbuds let you hear what's happening around you, have a long battery life, and have good microphones for taking phone calls. Even though they are sweat-resistant, they are designed to be a constant companion throughout the day. 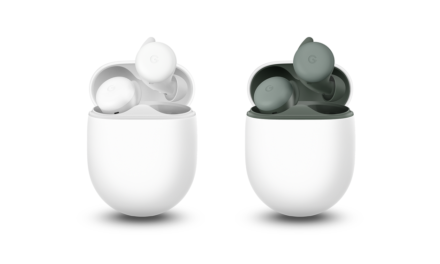 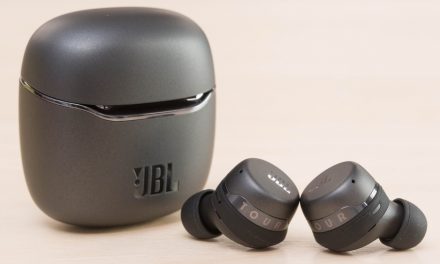 Quality Design of the JBL Club Pro Plus 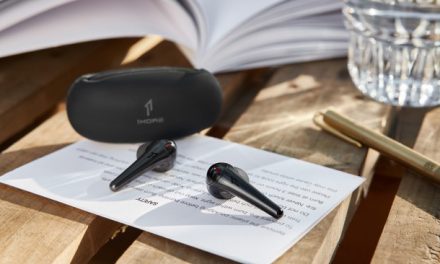 A simple look at the Features of the 1MORE ComfoBuds 2 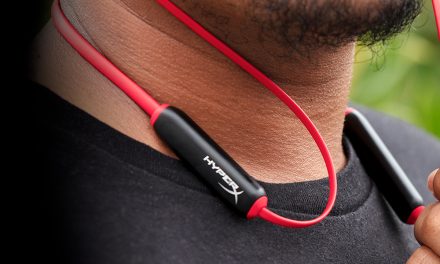